Are you on Google+ yet?

If you are an avid social media enthusiast, then it is highly unlikely that you have not heard about Google’s latest project aimed at competing with Facebook.

I would not want to think so. You might have a different opinion but only the next couple of years will prove if it seriously is a competition to Facebook.

I only pray that it doesn’t turn out to be a disaster like Google Buzz and the many other projects that Google launched in the past couple of years.

If Google+ is to be a threat to Facebook, they have to have something that Facebook doesn’t have. But what will that be is the million dollar question. The first look at Google+ is impressive and I enjoyed the first encounter with it.

What is different in Google+ ?

It is a bit too early to say what is different, but the concept of creating “Circles” was wonderful. I had a difficult time creating lists and maintaining it in Facebook. But creating circles and adding friends to them was a matter of a couple of seconds in Google+. 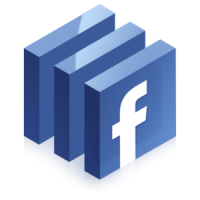 Also the appearance was very refreshing. Though Google+ had the typical Google look, it still had a freshness to it.

One another win over Facebook was the option of creating “Hangouts”. Hangouts is like a private chatroom where you can chat with your friends and even use webcam. Facebook chat was always a “PAIN”.

Though there are not too much to Google+ right now, the beginning is interesting.

What is worrying at Google+ ?

The last time round when Google started a similar service there were thousands of questions raised on the aspect of privacy. Google was making private information, public and this was what drove away a lot of people from services like Google Buzz.

I too, decided to do away with Google Buzz after this.

So, this worry still remains. I am not sure how Google will manage “Privacy” this time round, but have a feeling that they would do better because they will not want to repeat the same mistake.

One thing that I observed was that while, I was using an existing Google account to login to Google+, it did not pull any information from my profile. I had to update all of that which gives me a feeling that Google might keep Google+ away from the Google account profiles.

How to get onto Google+ ?

Google+ is in development stages and only accepts new accounts on invitations. I was lucky enough to get an invite and on board Google+.

Though I have yet not done too much with my account, I am still playing around with the new service.

In case you wish to get onto to Google+, you can make a comment below with your email address and I can send you an invite. Please do not mention any email addresses in the comment box.

Join me on Google+