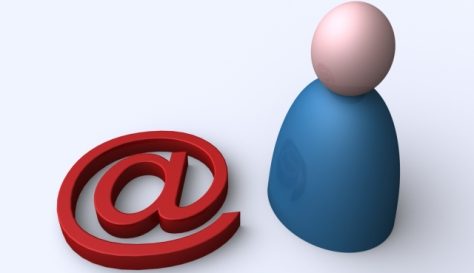 “The Money is in the list” is a useless and worthless statement.

This statement has been professed by the Internet Marketing Gurus over the past so many years and every newbie internet marketer jumping onto the “make money online” bandwagon comes in with a subscription to an autoresponder and a squeeze page, hoping that people will come and sign up at this squeeze page and he will straight away start making lots and lots of money online.

I have seen only a handful of them succeed online. The rest simple fade away from the internet and go back to their 9-5 treadmills with the belief that Internet Marketing and Email marketing does not work.

My beginning too was like this. When I started internet marketing I did not have too much of money to invest. In fact the  only reason why I started the Internet Marketing business was because it was the only low investment option that I had. I was desperate for success and had my plans in place. I bought my domains and a hosting account. I was left with just enough money to buy and autoresponder account and start off with my internet marketing business. I shopped around to find a low cost auto responder and based on the numerous reviews that I read, I signed up with an auto responder company and set up my squeeze page. I started writing articles like crazy under different pen names and directed all of the traffic coming from it to my squeeze page.

Until this, for all of you who would have read about the internet marketing tips written by the Gurus, I am absolutely on track. Ain’t I?

I started getting a trickle of traffic to my squeeze page and after about 43 days of tweaking and analysis, I got my first subscriber. I was happy. Slowly traffic increased and my subscriber sign-up also went up. I was even more happier. When I had about 100 subscribers in my auto responder account, I decided it was time to set up my auto responder series. I set up my auto responder series and the mails started going out. By the time the 4th email had gone out ( that was after the 10th day of the first email), I found that I had about 79 subscribers in my account including the ones who had joined newly. I assumed the rest had un-subscribed from my subscription list. I was zapped. I had no clue why they opted out. My auto responder company had no statistics which could give me a clear picture of what was happening. Everything was working on assumptions. I inferred that the subscribers might not have been prospective buyers and consequently they unsubscribed.

It went on for a few months and I kept getting subscribers and a lot people unsubscribed as well. Since the number of unsubscribers were much more than the subscribers that I acquired, my subscriber list never really grew sharply. I was still content with the results. In the meantime there were a few sales that I got, but since I had no ways of checking if the sales were from my auto responder emails, I had no clue where they came from. My auto responder emails had grown over a period of time. Since my auto responder account gave me an option of creating only a limited number of lists, I had to manage multiple offers and websites with the same list. Everything was still working fine for me, but there was one challenge that I faced. I used to receive adhoc offers to promote certain products that were not there in my list but still sounded lucrative. I wanted to send out a few emails but I had no choice to send them out instantly. I had to set them up in my series and had to wait until those emails would go out. I was still satisfied with my auto responder and the results (though there was nothing to be called results except that I had earned about $4873.00 in about 6 months) – 🙂

Then came that eventful day in March when everything changed. If you are expecting a fairytale end to the long and dragging story that I composed above, then that was not what it was. In the morning of that day I tried to log in to my auto responder account and I saw a “temporarily unavailable due to maintenance” message. While I was checking my email account, I found a mail from the auroresponder service providers that they were upgrading and that hey would be unavailable for about 12 hours. I was happy and knew there was some pleasant changes going to happen. After about 14 hours I tried logging and found the same message. I was a little annoyed. I decided I will try the next. The next day when I tried logging in, the message was still the same. I was frustrated. I wrote to their support as there was no support phone # to call. I received no response and the status remained the same. That was the last glimpse that I saw of my auto responder account. Since then whenever I try to login to my account I see a page mentioning, “this domain is up for sale”. After 6 months of list building I found that my list was gone and I was back to square one.

Does that seem to be your story? It might be the story of a lot of us.

That made me infer, that list building and email marketing cannot make me any money……If I do the wrong things.

Everything about list building does not end at the term “List Building”. There is a lot more to it that meets the eye. You need to do a lot of things right and avoid quite a few common mistakes in order for your list to produce money.

These series of posts will be about list-building and everything that your need to do right in order to benefit from it.

Let’s start with the most important thing here.

Get a Professional Auto Responder Company – somebody who has been in the business for some time and knows how to do it. A company who can provide your a restriction less auto responder account with all the features. A company that will not vanish one day. Get Aweber. It is the most reliable auto responder company.

You might want to take their $1.00 test drive today.

Can You Have More Sales, Too?
Helping over 65,000 businesses like yours raise profits and build customer relationships using AWeber’s opt-in email marketing software for over 10 years.