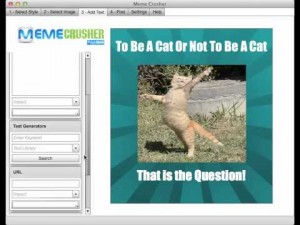 Its been some time that I have been on Pinterest. My venture onto Pinterest happened after I got hold off a good course on creating viral images and posting them to Pinterest, thereby generating traffic from it. This course was called Hook Pigeon and I was thoroughly impressed with it.

Though I had been on Pinterest since about 6 months before I got this course, I was kind of a little too lazy to go about creating images that will go viral. One other reason for this was also the fact that I under-estimated the potential of a site like that of Pinterest. But things changed, after I went through the entire Hook Pigeon Course material.

I was more active and I was getting a decent amount of traffic as well, but the problem still persisted. Creating viral images required a hell lot of time and with the kind of Photoshop noob I was, I either had to wait for the image from my designers or, sit there and spend about 60-90 minutes to create one such image. That was too much time to spend on something. But the fact that this strategy was getting me a lot of traffic, did not let me drop the entire thing.

The Concept of Memes – What are they?

Memes have always been a part of the internet. It is just that, today when Pinterest has become popular and Social Media sites were virally exchanging and sharing memes, it has gained popularity.

In 2007 when I started off, my first encounter with blogging was through a site called icanhazcheeseburger.com. I was pretty impressed with the fact that this guy was generating millions from his site and his site had nothing but some funny cat images with a funny (many a times not that funny) quotes on them. I though of duplicating this method and created a blog called as liveajoke.com. But it fizzled out.

The funny lolcat pictures that icanhazcheeseburger.com was using is called a meme. So that explains the potential of memes and reason why memes are gaining popularity.

Image marketing has not been discussed a lot as have video marketing and article marketing. But the fact that image marketing is very effective can be seen from the above discussion. Memes can play an important role in generating traffic and if you are able to channelize it effectively, you can make the most of this traffic as well.

Creating and uploading memes to social media sites like Facebook and Pinterest, had only one constraint – creating them. Photoshop was too expensive and getting a designer to do it meant shelling out a decent amount every time you get one done.

MemeCrusher has now solved this problem. I did a short demo of the software and a detailed review which you can see in the below videos.

The Final Word on MemeCrusher

MemeCrusher is very effective and easy to use. There are not too many features packed into the software, but it does what it is supposed to do, extremely well and quite easily.

If you are serious about Social Media and Image Marketing, then MemeCrusher is a must buy.

You can check out MemeCrusher here.