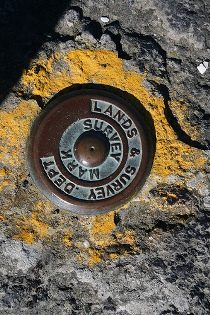 Online surveys are increasingly becoming a way of assessing consumer preferences and choices. With the market becoming more and more competitive and consumer driven, companies have to listen to what the consumer has to say if they are to stay in business. Physical surveying is time consuming and involves huge costs attached to it. This is where the internet has come in handy for these businesses. They can now survey a consumer, online and can get the same or, better results that what they would have got from a physical survey.

This is where an opportunity opened up for people like me who were on the lookout for ways of working from home and earning some extra cash.

Online surveys can show instant results unlike many other online businesses. When I started blogging, I found it difficult to supplement my income. My earning from my blog was next to nil and I had to find ways of supplementing it. I had huge credit card bills to pay off and this entire “make money on the internet” thing was becoming a myth for me. It is at this point that one of my readers referred me to an online survey site. The first month itself showed results and I earned my first $600 cheque.

The most important thing to know before starting an online survey job:-

The entire thing looks to be very lucrative and because it is very easy to start, there are a lot of people out there who fall prey to the scams on the internet. Normally any website offering and online survey job asks you to pay a set-up fee. Hence it becomes imperative for you to evaluate any such site offering such services.

It is not easy for you to know which of these sites are genuine and which are not. The easiest way to check this is by browsing through a few good directories. You may also want to register at some good forums and ask the members out there. The suggestions that you get at these forums would genuine because of many reasons –

In case you are interested in online surveys, the following are genuine and good companies offering such surveys –

27 thoughts on “Online Surveys-Supplement your startup”