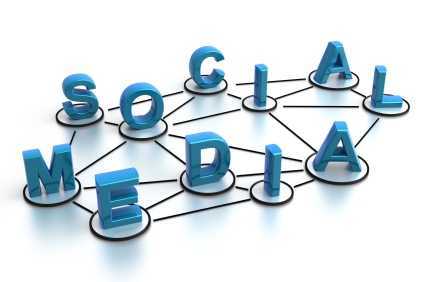 There is strong notion of a clear and well defined dichotomy between public and private spheres. Without delving into the details of that debate, in order to stay oriented towards the issue at hand that is intended to present in this disquisition, the crux of that notion is that we have both public and private lives; the two do not mix well and should be dealt with separately. The same goes for our personal (that is private) and professional life.

In order for both those sides of our life to function better we need to keep the distanced from each other such as to lead a way without creating issues that bring forth all sorts of intricacies and complications, thereby making it harder for the two to operate simultaneously. One of the many problems that the convenience of social media’s advent has created, alongside the utilities it has to offer, is the fact that more often than many of us would prefer to realize, the two significant aspects of our life get mixed and mingled- this holds for the plethora of simpletons like me who never question their blind faith in the default privacy settings offered by many sites like Facebook. That is the very heart of the problem from which the need to own your reputation for various aspects of your life arises.

Social Media Reputation: the significance of knowing exactly what it entails

With the brisked up advances in technology, especially considering social media; employees and employers, brands and consumers, even political parties and their followers, have a growing range of media outlets that make it possible to share and access personal information. Therefore, it has become imperative to own and maintain one’s reputation before an ‘other’ does it for you, the other being any person, institution, etc.

The only thing simple about it is the way it sounds because as it boils down to the substance or execution of this matter, social media is actively aiding the clouding of your professional and personal fetes. Additionally, the reputation that you might think of as a constant in your life is more often than not a multifarious entity playing across a multitude of channels, making it harder to know and manage.

Your reputation in this regard exists on different levels, the prime ones including reputation with regards to your family, with your company, within the company itself and with the public. Among other conundrums, the threats that the overwhelming increase in ubiquitous news about the spread of computer monitoring software, mobile spy apps and malware of the like pose to your privacy and repute, which in turn can be severely damaged by these pure evils.

Your virtual image is real one

If you remain wary of these eminent dangers, then the next step is to be able to maintain your reputation at the four levels discussed above. As a social media user your relationship with your family and loved ones is not something you would prefer to put on display like even for your colleagues for example, set aside strangers.

Similarly, you can let the same mess up your reputation with your company or within the constituents of the company that you are a part of. In a similar vein, as a social citizen, you might like to share your interests and political views with others like the general populace even but you might not even realize that along with those things specific to you, some strangers and marketers may be able to gain access to your personal information, thereby affecting your reputation both personal and with the public in way that you won’t see fit, in all likelihood.

James Clark has been writing about Computer Monitoring Software for quite a bit of his career.

His articles have been a source of information for those looking to find out more about the latest Computer Spy Software and he’s helped many tackle their privacy and security issues along the way.