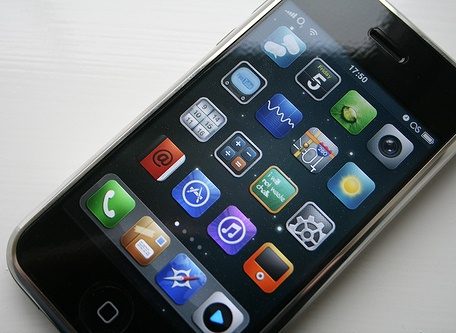 Smartphones were first released in 2009, when they were stated to be the modern form of laptops in our palms. Most suited for businessmen who were usually on the go, smart phones were loved for everyone. They had been craving for until less expensive models came to the market which greatly effected the sale of another operating system phones.

Even today, the application and use of smartphones in every electronic device including televisions, tablets, laptops etc. indicates that these are here to stay. And today not only businessmen but a large number of private residential possessors seems to use smartphones more actively than ever imagined. Obviously, Smartphones develop a great sense of ease for the user, hence their widespread popularity explains the rest. Below is a list of the top 4 smartphones that every blogger must get their hands on and discuss openly about its facts and figures.

A phone with so many expectations and truly the best reviewed cell phone till now, Samsung galaxy s3 have lived up to each and every expectancy that a Smartphone user could have had. Ranked among the best smartphones, with so many features, Samsung really outshone with the release of this phone. Not launched by any other cell phone company yet, the “smart Stay” is a trademark feature of this phone which uses a 720p camera to detect if the user is reading off the screen and makes sure the backlight doesn’t dim itself. With suitable battery timing, beautiful and elegant design, you can download hundreds of applications and have fun with this Smartphone.

Second to Samsung S3 is the Lumia 900 by AT&T Nokia smartphone. This might not be a big favorite for  many reviewers who are too indulged in androids and iPhones, but this is the best windows phone till now presented by Nokia. A 1 mega pixel front and an amazing 8 mega pixel back camera, it is simply gorgeous. This is exclusive for business man class for all Windows applications can easily be accessed. The 1.4 GHz processor and the updated 7.8 windows upgraded version make sit unmatchable.

Today iPhone 4S stands among the well reputed but cheap Smartphones.  Yet, iPhone stands out in any situation and you can’t get any better when you have this phone with you. Its reliability lies in the standard Apple features which are greatly appreciated by many. Even with the competition getting tougher with windows and androids out in the market, iPhones have their own values. With regular upgrading, Apple’s iPhone 4S is no lesser than any new release.

Sony Ericson has always had those remarkable sets manufactured by Sony Electronics Company itself. This being the first smart phone by the company, it includes all exclusive features which make it capable to stand beside the rest of the smartphone lot. Firstly, the absolute best feature being it 12 megapixel camera, with an amazing video quality and Photoshop features. Many internet applications and many social websites can easily be accessed. Also, Sony Xperia has a remarkable media player.

I am John S Lam from Test4Prep; it gives 100% guaranteed success in your VMware VCI410 exam. Let’s take benefit of VMware VCP-410 Exams material efficiently and get guaranteed success. Check out free demo of all certifications Exam.