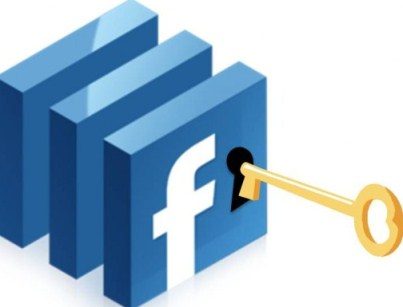 Facebook wants to implement new security measurements of the website, as it was attacked numerous times. While users always complained about the security measurements and about the fact that any hacker with decent internet notions is able to hack a Facebook account, one of the most controversial measurements that are talked on forums and blogs is the obligation for the users to state their telephone numbers and personal details. While this might be considered as a violation of human rights, it seems like Mark Zuckerberg is determined to finish those problems once and for all, and this is one of the handiest methods.

The security mechanism that is about to be implemented is called Social Authentication. In order to prevent spam and to forbid foreign people from accessing the accounts of the users, the system will force those to recognize their friends, meaning that the system will show some photos of friends, asking the user to recognize them and to type their names.

On the other hand, even if so many people complain about the security level of Facebook, the officials of the network claim that 99.9 % of users never had security problems. However, if you detect a problem with your account, such as a log in California while you stay in Europe, you must report this violation, and the Facebook officials will determine if your account was compromised or not.

The decision came when the account of Mark Zuckerberg himself was hacked, and the page of Nicolas Sarkozy, the ex-president of France was also attacked.

As the users insist for Facebook to increase the security measurements, the officials of the network announced a partnership with Microsoft, McAfee, TrendMicro and Symantec for offering complete security measurements for the users of the network. This way, the Facebook accounts will be protected with antivirus, spam protection and complete new software that is able to verify a large number of security features for every account.

Facebook also announced that those companies will often post important materials on their Facebook dedicated pages, offering increased security measurements and helping the Facebook users to keep their accounts in safe conditions. However, for the moment it seems like only Trend Micro was able to present a program that was accepted by Facebook.

Trend Micro allowed Facebook access to its new security cloud called Trend Micro Smart, a program that is able to block the suspect links and to stop the malware attacks before reaching the computers of the Facebook members.

What should you do?

Of course, you should also take care of your account, as leaving everything in the care of Facebook is not such a great idea. Remember that everything you post on Facebook will remain there for the rest of your digital life, unless you remove it, and think about who can see the things you post before posting them.

Kady Babs is a Certified Professional and freelance writer. At present attached with Test 4 Prep.com. This is Best Source for CCVP Certification Preparation Exams. You can try free demos of GIAC Certification Preparation with 100% Risk Free and Money Back Guaranteed. Babs has creative writing skills and helping people to get certified on first try.