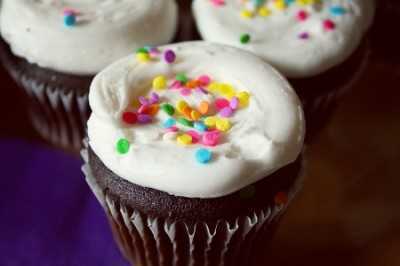 Does Facebook have your credit card number? Unless you’ve purchased a sidebar ad for your company, or paid to promote a post since that option was launched for business pages last spring, the answer is probably no.

They’re hoping to change that — and fast. Ever since their initial public offering last May, Facebook’s stock value has plummeted from $38 to a steady fluctuation around $20. The pressure is on to monetize, and they’re responding quickly.

Remember Facebook gifts? The ability to send cartoon icons to friends was a triviality of Facebook’s early days, discontinued in 2010. Although a virtual birthday cake may not have much meaning to most people, the ability to send real cupcakes to a friend on their birthday may actually have some traction.

Facebook purchased gift giving app Karma this summer, and they’re poised to put it to use with the potential launch of Facebook Gifts this month. Users will be able to choose between hundreds of options, from a box of cupcakes to gift cards from Starbucks, celebrating special occasions without having to open another window on their browser. Recipients will receive a notification that a gift has been purchased for them, and they’ll choose a delivery address to receive it at.

Opening the Door for Pay to Play

One implication of Facebook Gifts, a relatively positive idea for the average user with obvious appeal and usefulness, is that Facebook will now have credit card and ‘checkout’ information on file for many more of its users. Just as someone might choose Amazon over a competitor simply because they’ve established one-click checkout, Facebook will now be able to more conveniently offer its other latest round of monetization attempts: paid posts.

Beginning last spring, companies have had the ability to increase the readership of an update through promoted posts. While average viewership of a status update is just 12 to 16 percent, Facebook page administrators now have the option of giving their posts some added fuel to keep at the top of followers’ news feeds, for a longer period of time. If you have 4,000 followers, for example, the chance to pay $10 to reach 2,500 instead of 500 followers with your post about an upcoming sale has obvious appeal.

The downside of promoted posts is that they only reach people who have already liked or followed your page. To remedy that problem, Facebook announced Suggested Posts in October. Companies now have the option of paying to reach users with no connection to them, whatsoever.

By allowing a company to infiltrate the news feeds of literally anyone, advertising can boldly step into the mobile world and replace the rapidly aging banner/sidebar concept (at least on Facebook).

In conjunction with Suggested Posts, Facebook also debuted promoted posts for regular users in October. A focus group of accounts now have the ability to promote posts, a new icon that appears with the ‘Share’ and ‘Like’ buttons below a post. Most reports have indicated that the going rate for a promoted post for a regular user is $7.

Is It Worth It?

With all these changes occurring at rapid speed — literally in six months — it can be difficult for the average internet entrepreneur to decide where their money is best spent. Allotting funds for promoting posts on Facebook will likely require drawing from the overall budget elsewhere.

The take home point should be that creating engaging content that encourages interaction and inspires comments should still be the number one priority. Promoting a post won’t carry it on its own — if you decide to spend the money, think of that as an extra boost. Your actual product (the quality of your post) still needs to stand on its own.

Because Facebook offers free analytics for their Promoted Posts, showing users the percentage of followers that a post reaches, choosing a few different types of updates and promoting them can be a tool to gauge effectiveness of your post approaches. If asking followers for input or launching a giveaway contest generates more views than a post about a sale, you can take that information into account for even your unpaid posts.

The long-term results of Facebook’s shift to paid posts remain to be seen. What’s certain is that few things are actually ‘long-term’ in the world of social media marketing. For now, do you see yourself paying to promote posts on Facebook? Do you see the option as a good opportunity for internet entrepreneurs, or yet another expense?

Working with storage units users all over the United States, Tim Eyre helps customers store their stuff in places like the Everett self storage facility. Tim also contributes to the conversation at The Storage Blog.