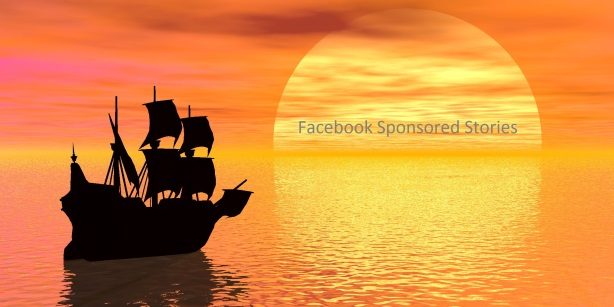 If you have spent even a day on facebook trying to understand Sponsored Stories, then I am sure this news might disappoint you.

Facebook is a habit these days. I see people posting everything from what they do first when they get up, to what is the last thing that they do before they sleep, on Facebook. And even funnier is the fact that there are thousands of their friends who like, comment and share these statuses with others.

In between all this, there are only a few who realize the fact that millions of dollars are changing hands and that there are thousands who are making a decent income from these dollars changing hands. But the fact still remains.

And “Sponsored Stories” was one such thing on Facebook. While the Facebook addicts who spend hours browsing through their wall will hardly realize the impact of the annoucement from Facebook, that they are working on pushing out the “Sponsored Stories”, there are quite a few advertisers who will feel the pinch.

It was early yesterday that Facebook announced to its developers that Facebook is planning to Sunset its Sponsored Stories offerings. Since then a lot of websites have been reporting on this.

But, how is this impacting the advertisers? While it might be too early to comment on it, because Facebook has also said that it is working on its paid advertising platform, some aspects should be pretty obvious.

Sponsored stories have been a very good option to get in front of Facebook users. A Sponsored story would appear on your timeline because one of your friend might have liked it or, you might have shown interest in the topic at some point. Since the story already showed engagement, the likelihood of the person viewing the story to engage with it, was very high.

Advertising costs were extremely low. You could get in front of a few thousands just for about $5.00. I still remember, when one of my sponsored story, got me about 23,000 views and about 280 likes for only $8.00. Since the costs were this low, advertisers who wanted to gather interest for a post or, story used this format for advertising a lot. (So did I 🙁 )

With “Sponsored Stories” going, I am sure a lot of such advertisers will feel the pinch. At the same time, Facebook is also going to take a serious dent in their income. That makes me believe the fact that Facebook, will surely be launching some kind of an alternative to this in the near future.

Until then, we as advertisers will have to live with it. Adios…. Sponsored Stories..

If you have lately jumped onto the Facebook advertising bandwagon, this might not be a huge impact to you. In either case, don’t forget to comment below and tell us how this has impacted you.