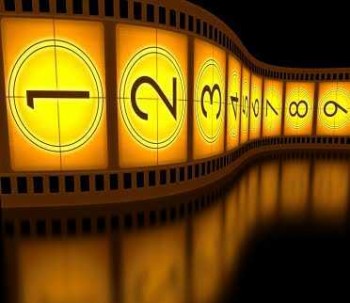 What company doesn’t want to create the next Old Spice man campaign? Few mediums seem to have the ripple effect that videos do, and now that it’s so simple for anyone with a smartphone to make a marketing reel, what’s stopping you?

If you’re paralyzed by fear concerning how to create a truly viral, catchy marketing video, here are a few tips to help you calm down and look at things strategically.

First of all, if you set out to create “the next big thing,” the odds of doing that are exactly zero. One of the biggest tenents of successful viral videos is that most of them are very un-self aware, meaning they weren’t created with virality in mind. The harder you try, the more audiences are going to push away from you, particularly millennials. Take the pressure off your marketing campaign and give it a chance to breathe.

Step 2: Figure Out Who You Want to Reach.

Just like any other marketing initiative, viral videos have to have an intended audience. It doesn’t have to be too specific, just think “moms” or “people who watch Homeland” to give yourself a direction. It’s virtually impossible to make a viral video that appeals to everyone.

YouTube is not the only online video platform! It’s a good one, for sure, and well-suited to many different marketing techniques. There are dozens of equally interesting, niche-appealing video sites out there like Vine and Vimeo that are also worth considering. It all depends on what kind of features you need and how you want to promote the video – just be sure you do your homework.

Step 4: Take the Shine Down a Notch.

What do most viral videos have in common? As a general rule, the most viral videos feel unscripted, spontaneous, and authentic. These qualities are particularly important for you to try and achieve if your goal is marketing, because people are wary of being “sold” to. Don’t worry about making the final cut of your video too polished and professional. The rougher around the edges, the better.

Likewise, you want to create a video that’s not totally off-topic for your brand, but you don’t want it to feel like a commercial. It’s a better idea to try and drive people to your website using special URLs, social media, and less obvious means than to stick your company logo right in the middle of the video action. The second someone feels like they’re watching an ad rather than a viral video, they’re going to hit STOP.

Promotion is key when you’re marking, but you have to be more careful with videos. It’s a great idea to try and promote the video without a huge tie-in to your brand, at least initially until it builds up some momentum. Have employees share the video using social and post it in forums and on news sites. Once you’ve got a solid number of views you can start promoting it using your company profiles.

Creating a viral video is about more than catchy music and giggling babies. You have to have a message going in and you have to have a goal. Remember that viral videos usually don’t take off over night and it may be a slow burn when initially released. The more consistent your views, the better.

Ryan Currie is a product manager at BizShark.com, with 5 years experience in online marketing and product development.  In addition to web related businesses, he also enjoys the latest news and information on emerging technologies and open source projects.